Here is a little trick that you can do to change the screen orientation in Windows XP.

Hold down the Ctrl + Alt keys and press any of the arrow keys. The screen will re-orient to match the arrow key that you pressed as shown in the image below. 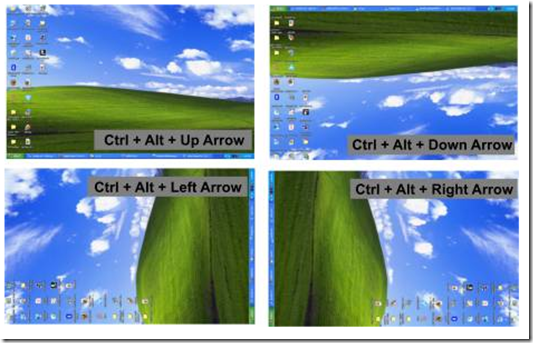 You could also use this trick to just play a prank on your unsuspecting co-worker by changing the orientation on his/her computer. Of course the prank would work only if he is not already aware of this trick.