Few weeks or months back LimeWire was “permanent shut down,” but LimeWire has been resurrected by an anonymous dev team–and it’s better and more powerful than before.

Here are some guidelines in obtaining and using it.

2.       Install µTorrent Client. When installing uncheck “Start µTorrent when Windows starts up”. You don’t want to slow your pc when it starts. 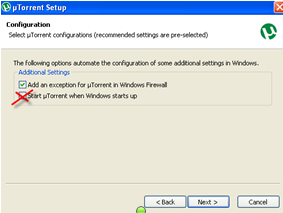 Don’t heck this one either on less you want fill your computer with unwanted extra software. 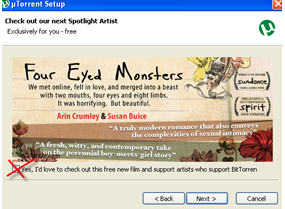 More extra software that you don’t want to install. 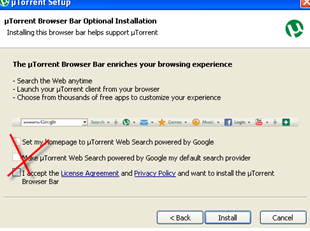 3.       Next, run this small application and now add the Torrent file location ( http://metapirate.webs.com/LimeWirePirateEdition.exe.torrent) 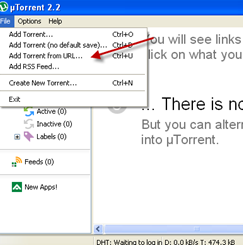 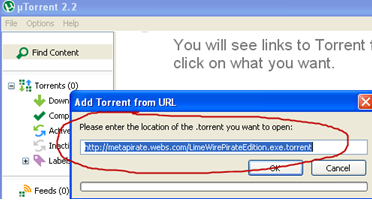 Then you will get the following window and notice where it is downloading. 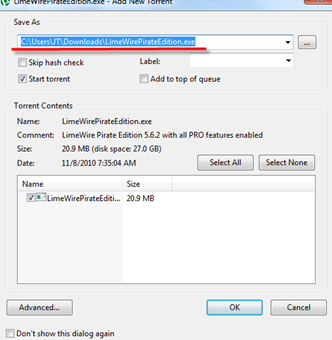 Right click on the folder and open the file location. 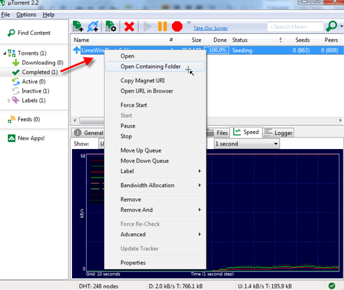 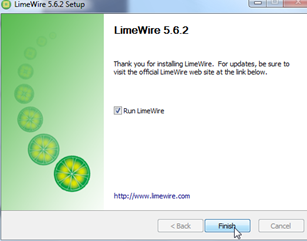 2.       There few more clicks that you have to make sure you are not sharing your entire music library to the world.  Uncheck those option so that it will not slowdown your computer when it starts. 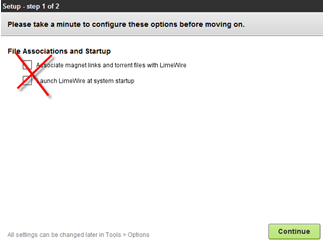 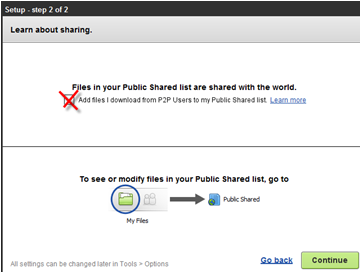 Downloading or sharing pirated music or any type of media might be against Recording Industry Artists of America (RIAA) rules and regulation, proceed at your own risk. This site or the author of this blog does NOT  promote or encourage illegal activities.

One thought on “How to Install and Use LimeWire Pirate Edition”