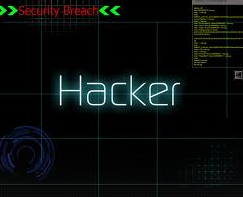 Here is a list of terminology from a “Hacker” or personnel that works in Information Security.  Feel free to send this glossary to your friends. We all have to understand what hackers can and are able to do … make the world of Internet safer.

This is software that has been presented on the server for downloading on the same day.

A lot of information about a user can be found out once the user visits a page on the web. Among these are browser, system, provider, the IP number in circumstances, etc. The anonymizer filters off such information and insert other information instead. Ones presence in the Internet remains anonymous.

This is an expression in the warez pages for standard application.

Address Resolution Protocol – An IP address is located to a network card that is physically present e.g. Ethernet. Every Ethernet card/Adapter has a unique ARP address (if it isn’t faked). The ARP uses this address to map an IP to a Ethernet interface.

This is usually sent as part of an e-mail.

The identity of the server or user is checked during authentication.

In the security of a system, a hole deliberately left in place by designers or maintainers. May be intended for use by service technicians. Syn. trap door.

The universal data sink. Discarded, lost or destroyed data is said to have gone to the bit bucket. Sometimes amplified as The Great Bit Bucket in the Sky.

Text data stored by a server about a client. Used e.g. by warehouses to store information on the shopping cart. Generally safe and 99% useful for enjoyable surfing.

These are members of hacker clubs or warez pages, whose responsibility it is to bring the hacked software into rotation as fast as possible. This occurs over a fast Internet connection or by sending the software in form of re-written CDs.

A cracker is a hacker who tries to break through the security mechanisms of other systems. The word cracker was first used in the mid 80s. Crackers usually develop small programs that disable password protections or test time limits of various programs. e.g. Software that is offered for a 30-day trial period can be cracked and so disabling the counting function of the trail days, making the program accessible without limit.

This is the breaking of security measures in software or the breaking into computer systems. Instructions on how to hack programs are often found on hacker web pages.

This kind of attack aims at bringing down or blocking a particular service or computer.

An awesomely arcane technique central to a program or system, esp. one that could only have been composed by a true wizard. Many techniques in cryptography, signal processing, graphics and artificial intelligence are deep magic.

A user of latest software. Opposite of lamer.

This is placed before a server and watches on all data transfers too and from the server. It is therefore possible to block certain Internet addresses and to allow access to the server only to particular persons.

2. Used very generally as a sample name for absolutely anything, esp. programs and files. … Etymology is obscure.

1. A person who enjoys exploring the details of programmable systems and how to stretch their capabilities. 2. One who programs enthusiastically.

3. A person who is good at programming quickly.

4. An expert at a particular program, as in ‘a Unix hacker’.

5. [deprecated] A malicious meddler who tries to discover sensitive information by poking around. The correct term for this sense is “cracker.”

“Keep It Simple, Stupid.” Often invoked when discussing design to fend off creeping featurism and control development complexity. Possibly related to the marketroid maxim, “Keep It Short and Simple.”

1. A Rube Goldberg (or Heath Robinson) device, whether in hardware or software.

2. A clever programming trick intended to solve a particularly nasty case in an expedient, if not clear, manner.

3. Something that works for the wrong reason.

Internet Control Message Protocol. Part of the Internet Protocol, IP. Notifies the sender of a message whenever there is a delivery problem.

This is a folder on the FTP server in which anyone has access to read or write. They are mostly found in university servers and are often misused by hackers to distribute their illegal pirate copies.

A lamer is understood within the warez scenes as one who uses and sends on old warez. Old may mean older than three to five days. Lamer usually load shareware on warez-FTP to avoid rates.

This is a term used by hackers to define a phase in which nothing but re-writing programs are done. This term is especially used in films.

These are users that take advantage of warez without making any input. One who downloads more than uploads is referred to as a leecher.

They are not that popular within the scenes, because they slow down the distribution of warez.

Lots of MIPS but no I/O

A person who is technically brilliant but who can’t seem to communicate with human beings effectively. Technically it describes a machine that has lots of processing power but is bottlenecked on input-output.

Network basic input/output system. Was developed by IBM and taken over by Microsoft. Serves the purpose of exchanging of data in LAN. Does not have any routing function.

2. A comprehensive rewrite of a routine, data structure or whole program.

3. To modify data in some way that the speaker doesn’t need to go into right now.

The conventions of politeness recognized on Usenet, such as avoidance of cross-pointing to inappropriate groups and refraining from commercial pluggery outside the biz groups.

The art and science of cracking the phone network (so as, for example, to make free long-distance calls). By extension, security-cracking in any other context (especially, but not exclusively, on communications networks).

This is a small additional program that enables broadening the program’s functions.

Scans for all the 65535 Ports on a IP (Server, Computer, Networkdevice etc). The Ports are used to make connections between servers or servers and clients. They check on which Port is free or which one is occupied by a server.

Every service in the Internet has its own Port. HTTP uses Port 80 while FTP 21. They can be occupied almost freely. They also serve frequently for special admin programs that are used to look after the server.

A special rate is often required during a download on FTP. That means if one is downloading a 5MB program, he will have to upload an e.g. 3MB program on the server, giving a ratio of 5:3. This ensures that new programs are always kept in circulation.

Eyestrain brought on by too many hours of looking at low-res, poorly tuned or glare-ridden monitors, esp. graphics monitors.

questions they consider trivial or annoying. 2. Used when reporting a problem to

indicate that you aren’t just asking out of randomness: “Yes, I RTFM first.”

Using this one can send anonymous e-mails that do not hold any provider identity.

Some crackers offer a request folder on their FTP servers. The software being sort for can be entered here and after a short while someone else that has it uploads it.

(alt. security by obscurity) A hacker term for vendors’ favorite way of coping with security holes — namely, ignoring them; documenting neither any known holes nor the underlying security algorithms; or trusting that nobody will find out about them, and that people who did find about them won’t exploit them. This “strategy” never works for long.

An individual hired to break into places in order to test their security; analogous to “tiger team.”

Code with a complex and tangled control structure, esp. one using many GOTOs, exceptions or other ‘unstructured’ branching constructs. Pejorative. The synonym kangaroo code has also been reported, doubtless because such code has so many jumps in it.

Trying data. One would normally search for passwords, etc. in data packs that are uploaded by uncertain routers. Sniffing is also possible in LAN, and especially easy, due to the fact that data packs in Ethernet are sent through broadcast to all clients in LAN.

Sniffers eavesdrop the entire data transfer that runs over the connected network card. Particular passwords can be filtered out in this way.

Falsifying IP and E-mail addresses. Name server spoofing has become very popular. This is the falsification of the IP pack sender (IP spoofing). An Internet name can also be spoofed and is then called DNS spoofing. If a complete Internet area is diverted through a separate computer, the term web spoofing is used.

Some providers that pay for surfing transfer data in the background that enable the compile profiles on the user.

A safe connection in the Internet is achieved using an SSL protocol. All data is transferred in a coded form, making it very difficult for hackers to eavesdrop on such data. Netscape developed secure Sockets Layer (SSL).

A subspecies of logic bomb that is triggered by reaching some preset time; set to go off if the programmer is fired or laid off and is not present to perform the appropriate suppressing action periodically.

A malicious, security-breaking program that is disguised as something benign, such as a directory lister, archiver, game or (in one notorious 1990 case on the Mac) a program to find and destroy viruses.

Products announced far in advance of any release.

The use by guess or cookbook of an obscure or hairy system, feature or algorithm that one does not truly understand. The implication is that the technique may not work, and if it doesn’t, one will never know why.

The keyboard combination that forces a soft-boot or jump to ROM monitor (on machines that support such a feature). On many micros this is Ctrl-Alt-Del; on Suns, L1-A; on some Macintoshes, it is ! Also called the “three-finger salute.”

These are cracked complete versions of commercial or shareware programs. If software has copy protection, it is discarded of and the software is made available on so-called warez pages.

There are different groups competing here. They put up software in the Internet, after discarding of the copy protection. The group that put up the most programs fastest, wins.

1. To be stuck, incapable of proceeding without help. This is different from having crashed. If the system has crashed, it has become totally nonfunctioning. If the system is wedged, it is trying to do something but cannot make progress.

1. The human nervous system, as opposed to computer hardware or software.

2. Human beings (programmers, operators, administrators) attached to a computer system, as opposed to that system’s hardware or software.

A person who knows how a complex piece of software or hardware works. Someone who can find and fix bugs quickly in an emergency. Someone is a hacker if he or she has general hacking ability, but is a wizard only if he or she has detailed knowledge.

These are computers in the net that a hacker uses to initialize his attacks. The owner of the computer usually has no idea of what is happening. It is especially advantageous during DoS attacks. The parallel use of different zombies during an attack enables overwhelming attacks that are all similar in content.

A person with a closed mind.